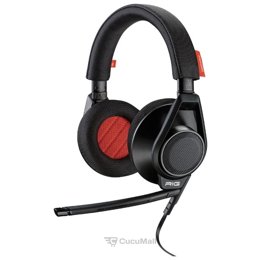 Sort:Recommended From cheap to expensive From expensive to cheap

A headset where it can replace the covers, mic, skidding to a certain extent, the frame itself, the main band, well basically everything, with USB or 3.5mm cable, surround sound, and more. However, there is little to be desired ... I've tested the headset for a few days and this I have come up with so far: Sound quality: 8/10 I thought that because in a sense get two headphones in the package, I thought that it would compromise a bit with the sound quality, the sound quality is much better than faktist eg my turtle beach XO four, very good. Not just for gaming but also with music! The only thing that is bad with the sound is that it is a very weak noise when you are wearing the headphones, but the sound of them, sure they get used to, but still störigt! Surroundings: 11/10 Surround sound is the best I've heard in a simulated surround. Even when you play easy game minecraft, so it really feels like the sound is behind, to the side, or anywhere that it is in the game. It does not even feel like you have headphones, for example, when you hear the enemy goes, or lightning in kind minecraft. Appearance: 8/10 In appearance it is stylish headphones, they are all black without any flashy shit, just like matte-black headphones with some details on. They feel a tiny bit plastiga, it could have been any aliminum-detail, and it would be cool with a small LED lamp or something so that you can see in the dark. Besides the small stuff, it's very stylish headphones with good quality! Compatibility: 10/10 This is one thing that is very good with these headphones, you get with two cables, one connects to the headphones. A USB cable, which can be worn for example PS4 or PC, and one common standard 3.5mm cable. So you can have your headphones to virtually anything, very good! Mic: 10/10 Have not had time to test the mic a lot, but one thing I was worried about was that the mic is far from your mouth, but it does not matter with this mic when the other person is talking to you loud and clear anyway, and you talk to can not hear you breathe into the mic, very good! Features: 8/10 There is little to be desired, certainly, there is an accompanying deal to USB cable which can change surrond, but I would have liked that there was a Volume Control. Otherwise good with features, and the software that comes with is good when you can customize the sound as little as you want it.

Reply Is this review helpful?YesNo

Reply Is this review helpful?YesNo

Excellent sound, crystal clear with excellent resolution. Works great for gaming and all kinds of music. Surprisingly good sound, we think, is a delight to listen to these kids. Sounds as good as, but a little "lighter / softer" than my Audio-Technica ATH-M50X also are excellent headphones (music, etc.). You can also wear them forever, are very lightweight and comfortable. The only drawbacks are a faint noise without signal (negligible problems) and they initially (at unboxing) seems a bit plastiga (but we changed rapidly opinion about). Would buy again.

Reply Is this review helpful?YesNo
See all reviews
Ask a question Leave a feedback

You have not selected any models yet. Select at least two for comparison.

The information about recently viewed products or categories is stored here. You have not viewed any models yet.